The largest container ship to ever service the Eastern Coast of the United States arrived in Savannah, Georgia on September 18, 2020. This record-breaking port call comes on the heels of the Georgia Port Authority’s efforts to expand capacity and extent of operations. Even more impressive is that this record is breaking in the midst of a global pandemic that has shaken the world economy, and particularly the United States. This event is a cause for celebration and unsurprisingly drew crowds of onlookers to bear witness to history being made.

The colossal Brazil-born vessel known as CMA CGM Brazil belongs to the 15,000-TEU class of cargo ships. At 167-feet wide and over 1,200 feet long The Brazil boasts a staggering 10,000 feet of contiguous berth space, the largest in North America. On average, the typical cargo ship to pass through Savannah’s port has a capacity of 1,700 to 1,800 containers per vessel. That is up from only 700 containers just 10 years ago. The Brazil, however, supports the ability to carry a whopping 15,072 containers. Such massive ships inevitably draw both crowds and the need to expand and deepen the harbors to which they call into port.

On September 18th when the super-ship pulled into Savannah, local residents and visits to the city began lining River Street with cameras at the ready. Due to the ships massive size, some even feared it might hit the bridge. It safely made it through of course, but it was certainly a sight to behold. The Georgia Port Authority noted that 20 years ago, it never would have imagined a ship this big would pass through the Port of Savannah. The whole crowd was celebrating the sight, as was the tugboat that pulled The Brazil into port. The Moran tugboat, Cooper Moran, ceremoniously sprayed water to the sides of the great ship in celebration as it escorted the behemoth to the docks. An event like this has really sparked the public’s interest in public works and the importance of shipping to the global economy.

The docking of The Brazil serves as a shining example of the benefits that can be gained from cities investing in expansion projects for their harbors. The Savannah Harbor Expansion Project aims to deepen the river to 47 feet at low tide. This will allow super-ships such as The Brazil to dock and support international trade on a much larger scale. The project is almost complete and is expected to boost the economy, with far-reaching effects for the greater region as a whole. It is estimated that for every dollar spent on the project, a return of $7.30 will be made.

The city of Savannah expects the port to be able to take on even heavier loads in the future, as the project moves closer to completion. This overall translates into more jobs, more trade and commerce, and a stronger economy, both locally and abroad. After years of hard work, this kind of pay off really shows what can be done and what kind of benefits can be had by reinvesting into our cities.

The largest container ship to ever service the Eastern... (read more)
October 1, 2020 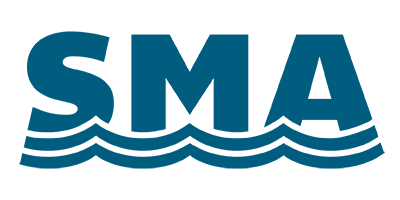